Area-1255's official forum for all of our life extension enthusiasts, bodybuilders, fitness geeks and for those just interested in science and technology.

You are not connected. Please login or register

Could you suggest a relatively safe way to agonize dopamine D3 receptor? I willing to to pramipexole but it doesn't seem the best choice, Idk.

Also I have another question. Bromocriptine is a glutamate modulator, as I read on wikipedia. Is it good for hyperammonemia or not? I wouldn't want to mess with anything while I want agonize D3.

Posts : 69
Join date : 2018-06-14
I had said that my symptoms are quite similar with hyperammonemia. Please assume that it's true and I'm passing this for now. Look at this study. That says that ammonia causes both autophagy of cells and degradation of dopamine D3 receptors. :

You can read that D3 receptors are 70 fold more potently bindend by dopamine. And they are controlling cognitive functions, emotions, motor skills etc.

-- A guy on the pssdforum, maxbook. He is one of the rare person that actually lost his anxiety after pssd. I lived the same thing with him.

I have more thing in common with him than other members of the forum. There is a list of some of my symptoms.
https://privatebin.net/?e995ac48cf239437#b935p6NIwy20jHb+DmYzbF1bsgGQAkRoPqVej/PRd18=

I don't actually think that I have pssd. Anyway, Maxbook, healed by pramipexole. That's a dopamine agonist that quite potent on D3 receptors!! Also it increasing the BDNF too!

In short, I guess I will have to be try a d3 agonist in the future. What do you think about that? Is it safe to take pramipexole for a person at my age, what do you think? I don't definitely want to get DAWS, as everything already terrible in my situation.  If you know, of course, it would be better to resensitize the d3 receptor instead of agonizing it. I don't know how it called, I'm just calling it opposite of internalization.

Posts : 263
Join date : 2015-10-12
Hi, I have half year experience with phenylpiracetam. It really can help motor skills. One of its common side effects is problems with sleep.
I may suggest you to get some capsaicin. Effects should be fast. You may compare with symptoms. One problem is cayenne causes nausea and if you take a teaspoon on empty stomach you may end lying for an hour in bed waiting when this *king pain subsides. Or you will eat your refrigerator.

Also may influence vision, but please, don't let it go to eyes or you will be like daemon in your class. And seriously, I don't know how your joints will react on this. Overall it's a safe spice.
Just of note:
Acute restraint stress activates functional NK1 receptor in the colon of female rats: involvement of steroids.
https://www.ncbi.nlm.nih.gov/pmc/articles/pmid/11839713/
BACKGROUND AND AIMS:
Psychological factors have been implicated in the aetiology of irritable bowel syndrome characterised by intestinal altered motility and visceral hypersensitivity. Similar disorders have been found in rats under stressful conditions. The role of tachykinins in bowel dysfunctions caused by stress is not fully documented. Therefore, we investigated the influence of stress on NK1 receptor activation at the colonic level in female rats.
METHODS:
The stress procedure used consisted of two hours of partial restraint. Histamine release was measured from colonic samples of control and stressed animals and the effect of SR140333, a NK1 receptor antagonist, on substance P induced histamine release was determined. Involvement of steroids has been evaluated in this response.
RESULTS:
NK1 receptor antagonist was found to inhibit substance P induced histamine release in samples from stressed female rats but not in samples from control animals. Previous treatment of female rats with RU 486 abolished this effect observed in stressed animals. Similarly, in samples from stressed female rats previously ovariectomised, SR140333 failed to inhibit substance P induced histamine release but previous treatment with both progesterone and oestrogen restored its effect.
CONCLUSIONS:
Stress induces NK1 receptor activation in the colon, and ovarian steroids are involved in this response.
https://www.ncbi.nlm.nih.gov/pubmed/10447093
Excess corticosterone issues are also harmful for this pathway.
Lavender may be of use, for tremor may be.

phenylpiracetam is not available in my country. Also, I had read that racetam substances hardly damaged some of the people's brain.

I really want to try pramipexole but I'm quite afraid of DAWS or other dopamine system dysregulation. As I remember, pramipexole is in the list of drugs that can cause DAWS. What do you think about Piribedil? Which is the safest?

I got my hormone test results today:::

(Age: 16 Sex: Male)
I think some of them are far from my optimal values.

My shgb and ammonia results haven't come yet...

Autophagy can be caused by LPS for example. Also mTOR-dependent It's a protection reaction. D3r sensing is new to me.
Omega 3 may help

Ciprofloxacin wrote:I think I can make my own powder though

I got my hormone test results today:::

(Age: 16 Sex: Male)
I think some of them are far from my optimal values.

My shgb and ammonia results haven't come yet...

LH/FSH ratio is unusual for pssd.
Prolactin is OK. Testosterone is very low? Cortisol is low for morning, I think. Estradiol stimulates T4. Folate is low? DHT is unknown... 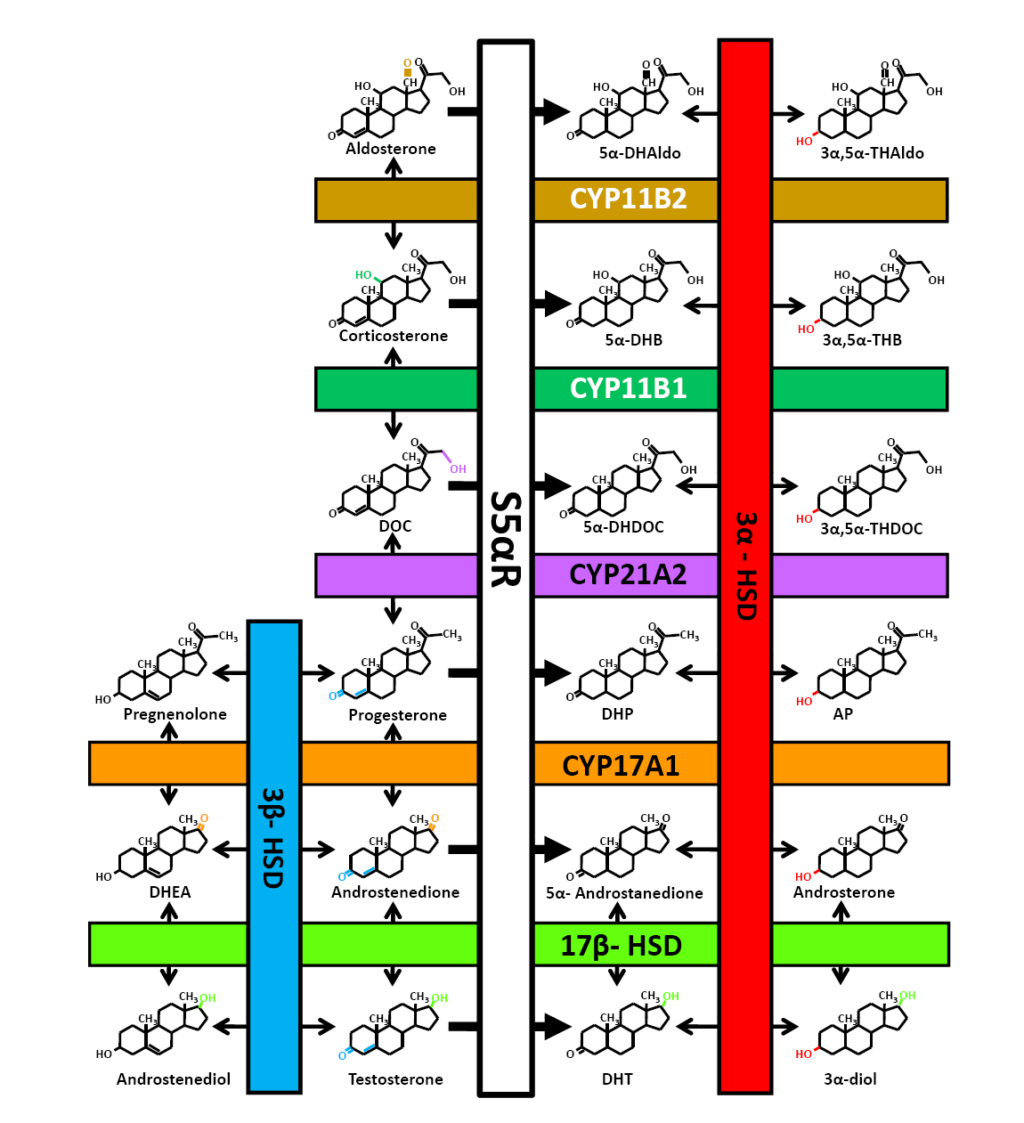 That value of testo is in per milimeter unit. 591 ng/dL total testo seemed normal to me.

I didn’t surprised to cortisol’s level. My pssd symptoms are also inversely parallelizing with my anxiety. I had read on raypeatforum that low thyroid and high estrogen inhibits cortisol, but I’m not sure either. You saying estradiol stimulates t4, but I don’t think my ft4 is in the range(adolescents: 0,8-2,0). Even, mine is lower than the minimum(0,78)

Considering that before pssd I was like literally a nuclear reactor which constantly produces heat, I’m much much far from my optimal value. Even my mild hyperhidrosis cured now.
Prolactin is in the range but it’s much closer to the upper limit. I have all the symptoms of hyperprolactinoma and estrogen dominance.
I didn’t look up to folate or lh/fsh ratio yet.

If so, what do you suggest do normalize E2?


Not related to topic, but I want to ask that do you know why coffee makes me bad? My motor skills are going worse when I on coffee. Lately, I have noticed thanks to my current situation, my muscles are more frequently trembling for no reason. Could it because it interact with ammonia? Glutamate, dopamine d2, adenosine receptor, I just don't know how it interacts it but it definitely interacts. I don't get same boosting effects from coffee, and as I said before, it doesn't work for my extreme sleepiness.I know that coffee increases D3 density but I don't know if I should continue to drink 2-3 cup of per day despite it temporary makes me bad.

A few days ago I saw this study. I thought that there is a common point because we suspecting that there is more than just a 5ht-r desensitization theory in pssd.


Paraventricular nucleus of hipotalamus:
https://en.wikipedia.org/wiki/Paraventricular_nucleus_of_hypothalamus  This region is controlling some of the neuroendocrine systems. And high estradiol causing the 5-ht1a to be desensitized there and it causes low ACTH, low CRH, low Oxitocin as I understand (Idk how TRH affected). Some of my test results are like that: 42(22-47) estradiol and 8.72(8-22?) cortisol. Isn't it bit suspicious? These values are so wrong if you consider my age.

I want mention one more thing. I have hypertension since pssd. This especially disturbing me when I trying to sleep. I got used it though.

I found it strange because how can my hearth beat this hard when I have no stress or I have low thyroid. Maybe low 5ht1a activity is responsible for that:

I'm wondering where should I start. How can I lower my estradiol and how can I resensitize the receptors again?

Thanks again. Maybe I'm constantly jumping from a study to another but that's the only thing I can do while I can't sure anything.

Posts : 612
Join date : 2014-11-30
Location : New York
Estradiol/Estrogen stimulates Serotonin and peptide release! So I doubt it would lower Cortisol. Most of what you hear on Bodybuilding forums, is that High E2 LED TO Stress, Cortisol, too much Adrenaline etc.

When I was on AAS, the E2 would go up, when spiked at Highest, my Urine adrenaline then became now too High!!!

Area-1255 wrote:Estradiol/Estrogen stimulates Serotonin and peptide release! So I doubt it would lower Cortisol. Most of what you hear on Bodybuilding forums, is that High E2 LED TO Stress, Cortisol, too much Adrenaline etc.

When I was on AAS, the E2 would go up, when spiked at Highest, my Urine adrenaline then became now too High!!!

But doesn't study say also it desensitizes the 5ht1a receptors on the neuroendocrine secreting neurons? And this leads to low cortisol. I'm just saying what I understand from study. That sentence was quite obvious.

Also I was knowing that high serotonin is an another factor in the desensitization.

I'm really interested in the paraventricular nucleus of hypothalamus. And I would like to know if you have any idea, which way should I choose? Firstly, I have to lower my estradiol and the second, I have to resensitize the receptors especially in that area.